Here at the Periapsis Press blog, we only post reviews of works we recommend, so you already know I enjoyed The Heights of Perdition. I encourage you to check it out!

The Heights of Perdition Publisher Description:

Falling in love was out of the question … until it was the answer.

There is nothing Aeris St. Cloud wants more than to win her father’s love and the acceptance of her family unit by joining the Military Academy at New Hope. But after she is captured by the fearsome space pirate, Captain Chainsword, Aerie is certain falling in love with her nation’s arch enemy is the last possible way to earn their coveted esteem.

Driven by vengeance, Exton Shepherd never set out to save anyone. As he circles the war-torn world in his pirated starship, the Perdition, he only sees his father’s ghost lurking around every corner and the looming darkness on the horizon. When Aerie unexpectedly tumbles into his life, he finds he cannot trust her, anymore than he can ignore her. But just like the raging war down on Earth, it’s tempting to think he can …

When the war ascends to the heights of the Perdition, Aerie’s loyalty, and Exton’s heart, are put to the test. But will love be enough to save them — and others — from certain destruction?

The Heights of Perdition is the first book in the Divine Space Pirates trilogy, a futuristic romance series where family, faith, and freedom take center stage.

Review: The Heights of Perdition by C. S. Johnson

The Heights of Perdition is an engaging science fiction romance that is as much about exploring thematic ideas of freedom and the role of government as it is about blossoming love. Filled with space pirates, futuristic tech, a world reeling from nuclear fallout, and—of course—romance, this first installment of The Devine Space Pirates trilogy rises to the challenge of realizing the expectations of both the science fiction and romance genres!

It should first be said that The Heights of Perdition is a classic romance novel, and the science fiction elements are definitive of the setting and external conflict, not the romance. That is to say, there isn’t any weird alien sex. In fact, the story could more narrowly be described as deriving from the Christian romance genre, so, while sexual tension is present, actual sex is held in reserve. This is important to acknowledge because I believe audience expectations when it comes to romance novels is diverse and easy to disappoint.

The romantic tropes in this story—kidnapped, enemies to lovers, forbidden love, revenge, etc.—are pulled off admirably without treading into too cliché. Some might argue that the romance proceeds a bit quickly from enemies to acknowledged attraction, but I prefer that to a drawn-out interpersonal conflict founded only on the characters’ mutual resistance to their relationship. It works in Pride and Prejudice because pride and prejudice are the characteristics that define the hero and heroine, but not all lovers are those two characters.

Aerie and Exton are genuine people who quickly establish that truth and honesty are important to them as individuals, and it is realistic that they apply that to the expression of their feelings. This shifts the focus of the Problem that Threatens to Keep Them Apart away from the two of them and onto the external conflict. As their relationship progresses, the stakes are raised and the tension builds in the action.

The one expectation of the romance novel that The Heights of Perdition declines to meet is the “happily ever after” ending. Aerie is kidnapped accidentally by Exton and his crew when they steal a tree she had climbed. The plot turns around the question of what to do with her, correlating with the subplot of Aerie’s desire for acceptance and belonging.

The external conflict that threatens their relationship is big, too big for a single novel to resolve satisfactorily. It becomes clear that the oppressive government of the URS will need to be brought down. This means that, although all the story beats of a romance novel are present, including realization that each is “the one” for the other and a stated commitment that they will always love one another, their romance does not conclude with the emotionally satisfying and optimistic ending.

However, it does end with the plot’s central question answered. Aerie belongs with Exton, but the conflict succeeds in tearing them apart right at the end. This results in a cliff hanger ending that is unusual for romance, and may rub the unexpectant reader the wrong way.

I liked it. I felt that the story had me invested enough in the characters and the conflict to carry me through the rest of the trilogy, and leaving the romance unresolved meant that there would be room for romantic tension in books two and three without betraying the happily-ever-after down the line (one of my pet-peeves).

The setting is nicely realized. Descriptions of the pirated spaceship create a vision that captures the wonder of the night sky and man’s ingenuity without the bland professionalism of USS Enterprise or the dirty penny smell of the Death Star. It is easy to believe that Aerie feels at home there.

Likewise, the URS capital city New Hope feels down trodden and oppressive merely by its situation underground, out of sight of the sky.

All the world-building, the history of how the URS came to be, the laws and regulations that citizens must adhere to, the prevalence of punishments, the existence of resistance, make possible some intriguing thematic discussions worthy of the sci-fi genre.

I felt particularly drawn to the character’s frustrations resulting from the government’s actions in the name of “survival,” as COVID19 has brought similar discussions to the forefront of everyone’s minds. This story plays with the ideals of freedom and safety, the morality of acting for someone’s “own good,” and the regulation of ethics. It also really brought home to me the impact of the Christian heritage (religion, family, and love) on how we view the government’s role in our lives.

Check Out The Heights of Perdition!

The Heights of Perdition is an engaging romance story set in a thought-provoking science fiction setting. I am keen to see how the love story and the setting develop in the rest of the Divine Space Pirates trilogy! 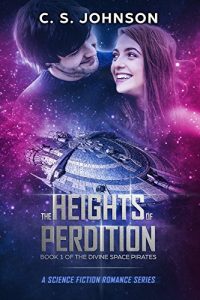 The Breadth of Creation

The Price of Paradise 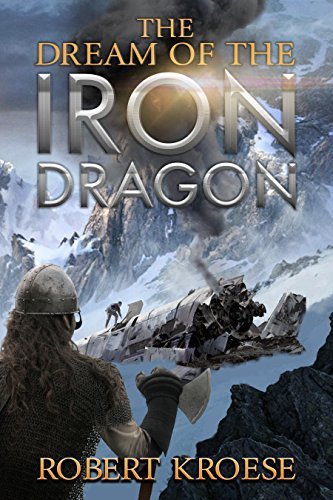 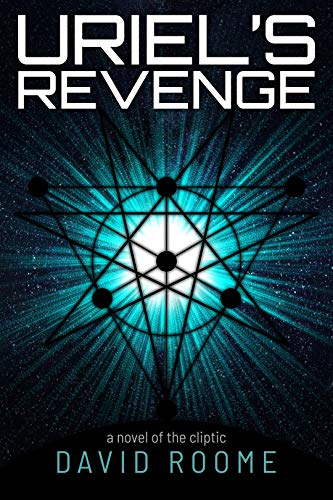 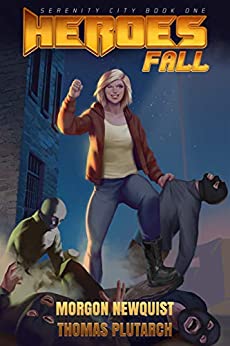