The Crimson Spark is a dark fantasy adventure following young characters on their quest for freedom, hope, and healing. Filled with suspense, vivid action scenes, and rich themes, this first installment of the Vagabond Legacy series is an intense coming-of-age story.

Here at the Periapsis Press blog, we only post reviews of works we recommend, so you already know I enjoyed The Crimson Spark. I encourage you to check it out!

Break the shackles of the mind.

Leo is a boy grieving his twin. Nea is a girl living as a boy to escape her past. Two slaves, carrying the scars of abuse. They form a connection, only to be split apart when their ship arrives in a mysterious and fragmented land, cut off from the rest of the world.

Leo becomes apprentice to a vagabond swordsman and together the two set out to find a stolen weapon locked away in a catacomb city. But what is his new teacher hiding? Tormented by a crippling injury and an anxious heart, Leo must find the strength within himself to keep going despite all that he has lost.

Meanwhile, Nea is conscripted by the Captain of the Royal Guard, who ropes her into the search for a group of men hunting a boy matching Leo’s description. But to Nea’s dismay, the Captain is a woman and Nea must fight past her hateful and damaged mind if she ever hopes to earn her freedom.

When a former child soldier threatens to spark a revolution, Leo and Nea will choose sides. Will they fight to save this cruel land, or punish it? To find the answer, they must confront the horror of the past and fight for the greatest freedom of all, freedom from the fear that rules their hearts.

The Crimson Spark is an emotional and captivating fantasy adventure. A story about innocence lost and righteousness found. A story about how even the most broken souls can be whole together.

The Crimson Spark is paced by secrets and discovery. It doesn’t take long to discover that the main characters Leo and Nea have dark pasts that are influencing their decisions and behaviors, but their specifics are obscured by their traumatic nature that disinclines the characters to confront them. This not only creates interest, but also sympathy for the kids, who clearly need relational safety and healing.

But they are not the only mysterious characters. When Leo and Nea escape from the slavers, the initial antagonists, three individuals representing three different groups come forward to offer help. It is clear to any reader that this is a situation that cannot be taken at face value; someone must have ulterior motives!

The potential for the young characters to fall in with people who don’t really have their best interests at heart and people who can hurt them physically or emotionally deepens with every step of their journey.

When action explodes on the scene it is detailed and fully realized. The edge-of-your-seat situations are varied and frequent, taking full advantage of the story’s fantasy setting with monsters, moving forests, and magic.

A particular favorite of mine is Leo’s flight from a giant centipede through a maze of catacombs full of people like living dead!

I ached for Leo and Nea, who have been so hurt and victimized by the people they should have been able to trust. Their pasts make them pitiable, but it is their desire to do the right thing that makes them sympathetic and their resolution to fight for both themselves and others that makes them heroic.

The antagonists are fairly nuanced. The king who used child soldiers in the last war and who allows child slavery and other horrors to perpetuate in his county is not without love and value. Likewise, the people hurt by this state have plenty of reason to rise up against him.

This leads to what I believe is one failing of the story. The primary antagonist Belijhar was a child soldier who survived and has gathered similarly victimized people to overthrow the government and the society that turns a blind eye. I find it unfortunate that this stance is given no reasoned response thematically.

Instead, Belijhar is made more traditionally “evil” by expressing ambitions for world domination via conquest and using illusions to try to manipulate others. Once he is defeated and his illusions broken, his followers lose their revolutionary drive and most surrender, as if none of them cared anymore about the evil they believed they were fighting.

In this way, the story neatly sidestepped confronting their worldview. Since the main characters stood in their opposition, alongside the king, I feel that some kind of statement regarding it was warranted.

Even acknowledging that, however, The Crimson Spark has a well-developed theme centered around the predation of children. I like to reserve the term “dark” to describe stories that present hopeless situations where good people find themselves trapped and often forced to do bad things. This story certainly has elements of that, but they are woven into a greater tale of hope and healing.

There are three specific situations enacted, allowed, or enabled by the government where children are victimized: child soldiers, child slavery, and sexual abuse of children. The society at large also turns a blind eye to these evils. The scene of the slave market, with people going about their day around it, is a powerful one.

Hastings has managed to craft a really smooth theme around this that appears to be more a consequence of the plot as opposed to artificially injected into the story. It certainly isn’t preachy, but succeeds in drawing forward these topics for consideration.

The story avoids a solution at a government level. Instead, Leo and Nea settle on personal responsibility. Leo asks the king to tell the truth about the child soldiers and accept the consequences that come with that. He and Nea resolve to help free the children in slavery where they can rather than following their original plan to flee to a country without slavery.

They both begin the healing process by refusing to be defined by the horrible things that happened to them. Instead of  clinging to their bitterness and (self-) hatred, they look to see themselves in the people who need their help. Leo, in particular, is able to see himself in the antagonist and to feel pity for him.

Discussing the presence of theme makes the story sound heavier than it is. Honestly, it boils down to the tried-and-true fantasy motif of good against evil. Hasting’s characters resolve not to back down and to keep doing the right thing!

Check Out The Crimson Spark!

The Crimson Spark is an exciting and thought-provoking read. I look forward to seeing where the rest of the Vagabond Legacy series takes me, both in plot and themes! 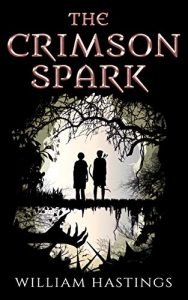 Did you enjoy The Crimson Spark? 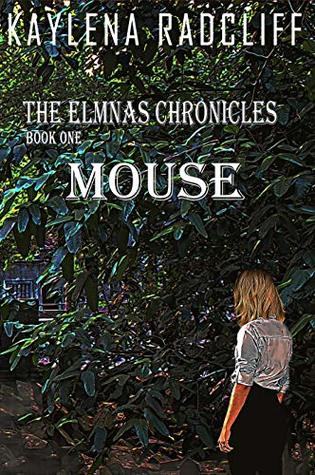 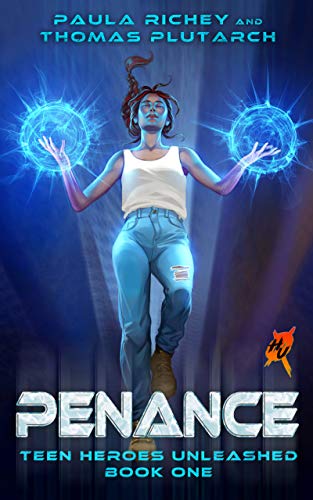 One Reply to “The Crimson Spark Review”